Eyes the horror game Wiki
Register
Don't have an account?
Sign In
Advertisement
in: Obtainable, Items, Chapter I,
and 3 more

The Eye Runes (Also known as simply Eyes) are one of the many tools used in Eyes, as well as being it's namesake.

They are red bloody almond shaped eyes, with four blood tears dripping from below. The Eyes appear chipped from the walls, similar to paint. In 2013, the Eyes were the same, but they weren't chipped.

Eye Runes are pickup objects found on walls throughout the house. When using one (by pressing Q, or tapping the Eye icon on mobile), the player will have a look on what the threat is currently seeing. At the end of those the view comes back to the player's perspective. The player is given the choice to cancel out of the runes' vision.

The Eyes are the main tool, and are located everywhere around the Mansion, or Hospital. When spawning in the Mansion, the player spawns in front of one.

Throughout the game, when the player uses an Eye Rune, Krasue and the Robber will start talking to each other, possibly through each others minds.

In the Endless Mode, the player can collect as many Eyes as they want. If they leave a floor, and come back, the Money bags and Raw Meats will respawn.

In Pixel Mode, they work the same, but are hard to see due to the retro style of the game. The Eye Runes are still the main important part of this mode, and can be seen if the player looks closely. 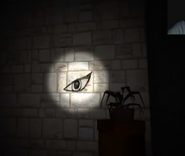 Original design for the eyes.

Both their visions in Double Trouble Mode

The Robber in Good Boy's vision

The Robber in Charlie's vision

The Robber in Krasue's vision

The Robber in both Krasue, and Charlie's visions.

An Eye Rune in Pixel Mode 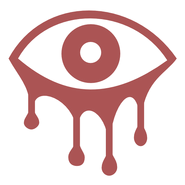 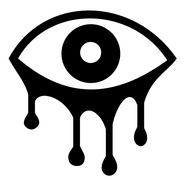